Last night members of Bournemouth Hockey Club celebrated the end of another successful season on home turf at Chapel Gate. As chairman and treasurer for the club Ian Barber stepped up to announce this season’s club awards, with the help of GB U21 International, and former BHC junior Tim Nurse.

Before the awards began Ian made some notable mentions for the FIVE members of BHC representing their country in National teams this year. Helen Parr-Phillips and Pip Woods have been selected for the England Over 45 ladies team; Brian Perryman and Colin Kimber have once again confirmed their places for England Over 70s men, whilst junior Nick Nurse will follow in his brother’s footsteps and be a valuable player in the England U16s squad. We wish them all the best of luck as they play their tournaments at home and abroad this Spring/Summer.

Here are the highlights from his speech:

The ladies section has had a mixed bag of results, with results next weekend still having an impact on the fate of our Ladies 3s team in Premier Division 2A. The main success of the season has most definitely been the promotion of our Ladies 1s back up to Premier Division 1 where they belong. It is this achievement that won them this year’s Team of the Year award, collected by Rachael Conacher (on behalf of captain Amy French).

As always, a big thanks to ladies club captain Haz Parsons, all team captains and vice captains, coaches and committee members (Kherrin ad Sue) who all work tirelessly to ensure the section runs smoothly.

Committee Club Person of the Year which was a clear winner is someone who has provided a lot of support to Ian administrating and chasing up subs, as well as the day to day managing of our new website and social media. This award went to Kherrin Wade.

Chairman’s Club person of the year went to someone that probably not everyone knows. This person responded to a call for help 18 months ago when Ian asked for help to build a new website. We needed someone with web building experience, and on a purely voluntary basis she built the technical platform that our website works on and has linked with Kherrin to run it. I am sure you will agree our great new website is a massive improvement and there are still more features to come. The winner was Gillian Forsyth.

Ladies young player of the year was very hard fought with 14 players nominated which is a testament to how good the ladies development of youngsters is. The outstanding top 3 were Ida Goodridge, Martha Taylor and Bella Davies-Roche. This year’s winner was Ladies 1s player, Martha Taylor.

The ladies club awards were won by: 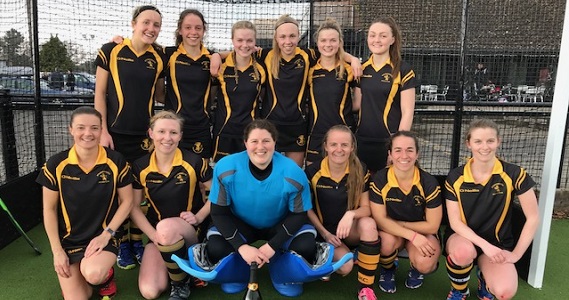 There were generally solid performances all round for the Men’s teams, with Vets, 5ths, 4ths and 3rds finishing comfortably mid-table in their respective leagues. The 1st XI didn’t fair quite so well and are waiting on an outstanding result to see if they retain they place in South Premier Division 2 next season. Stars for the Men’s section were the 2nd team who got promoted to Hants Division 1 last season, and are now in a play-off at the end of the month for promotion to Hants/Surrey Regional League.

Men’s Club Person of the year is someone who has for many years been the link from juniors to senior hockey on Saturdays, he coaches mid-week and manages plus coaches the 4th team. This award went to Derek Tapper.

Men’s young player of the year had special mentions for Laurie Bayne, Morgan Goldsack and Jack Taylor, but this year’s winner is Nick Nurse.

BHC’s team of the year was hotly contested by the U16 Girls who gained a bronze medal in the National Cup, U18 Boys who head to Lee Valley on 12 May to play in the National Cup final, and the Men’s 2nd team. As already noted, this year’s winners were however the Ladies 1s for winning promotion back to West Clubs Premier Division 1.

There was one final special award of the evening, which went to someone who has probably done more for the club over the last ten years than anyone else. Holding a number of roles over the years, including Club Chairman, this man has overseen massive growth in the junior section, and his commitment to the club means that his opportunities to play hockey himself has been very limited. This person recently received an award at Poole Sports Awards for his contribution to athletics, cross country, football and hockey. So it’s about time that Bournemouth Hockey Club recognised his contributions. It is with great pleasure that we awarded an honorary life membership of BHC to Gavin Rusling.

The men’s club awards were won by: 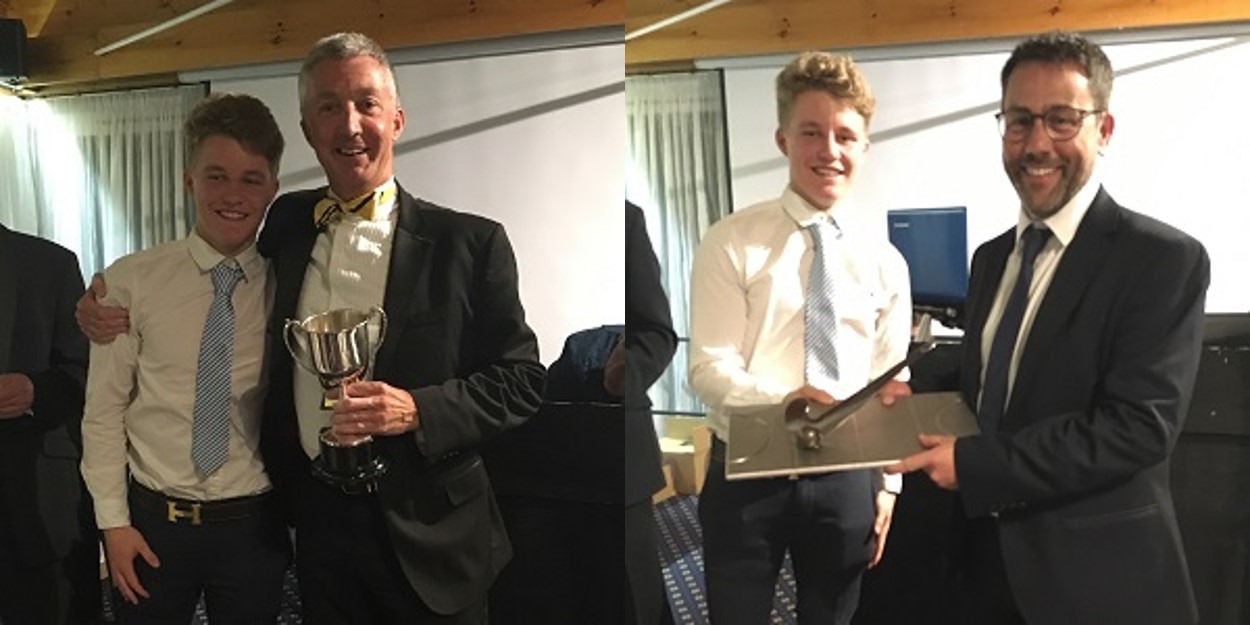 The main junior awards will be held later this month with all team’s in attendance, however our U18 / U16 Boys and Girls teams were both invited to join the evening’s festivities as many of them have contributed greatly to this season’s adult teams.

Gavin Rusling announced the the player’s player and coach’s player awards for the U18 and U16 teams, and presentations were made once again by Tim Nurse.

Finally, a BIG thank you to event organisers Paula Loughlin and Louise Partridge-Downing. 125 tickets were sold for the evening, plus extra money was raised in a raffle and silent auction. The final amount raised is as yet undisclosed, but all proceeds will be very welcome as the club continues to fundraise for facilities, equipment and coaching.