After beating Havant in the Hampshire Cup on Monday, Bournemouth U18 Boys took on Marlow in the National Cup Final on Saturday 12th May. The final was played at the Lee Valley Hockey & Tennis Centre in the Olympic Park and venue for the forthcoming Women’s World Cup. Final Score: Full Time: 1-1 – Marlow WIN 3-1 on Shuttles. 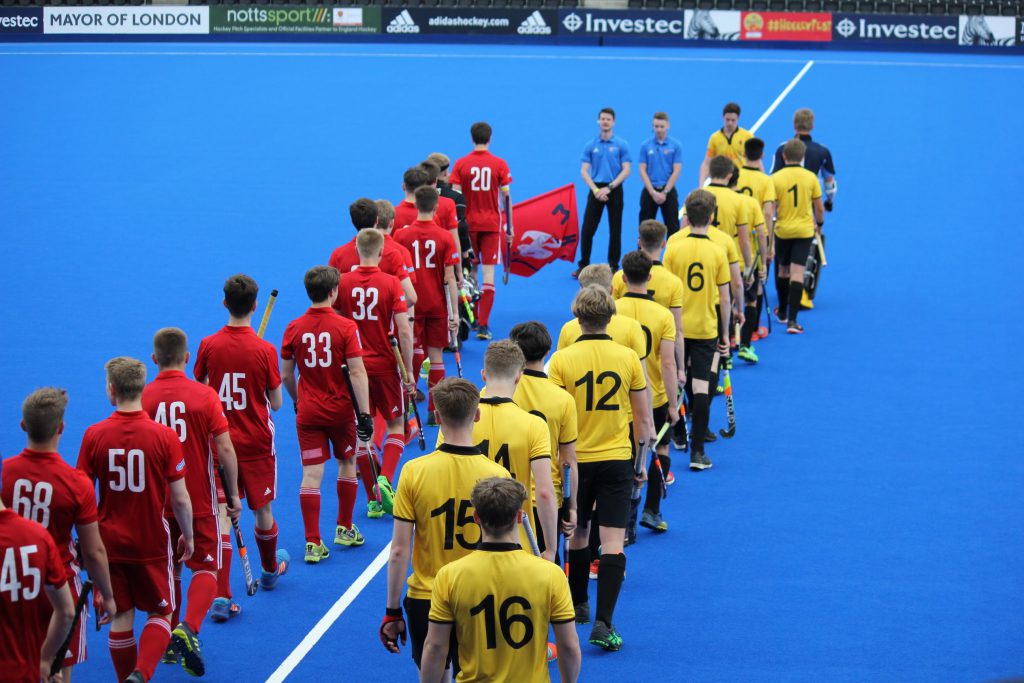 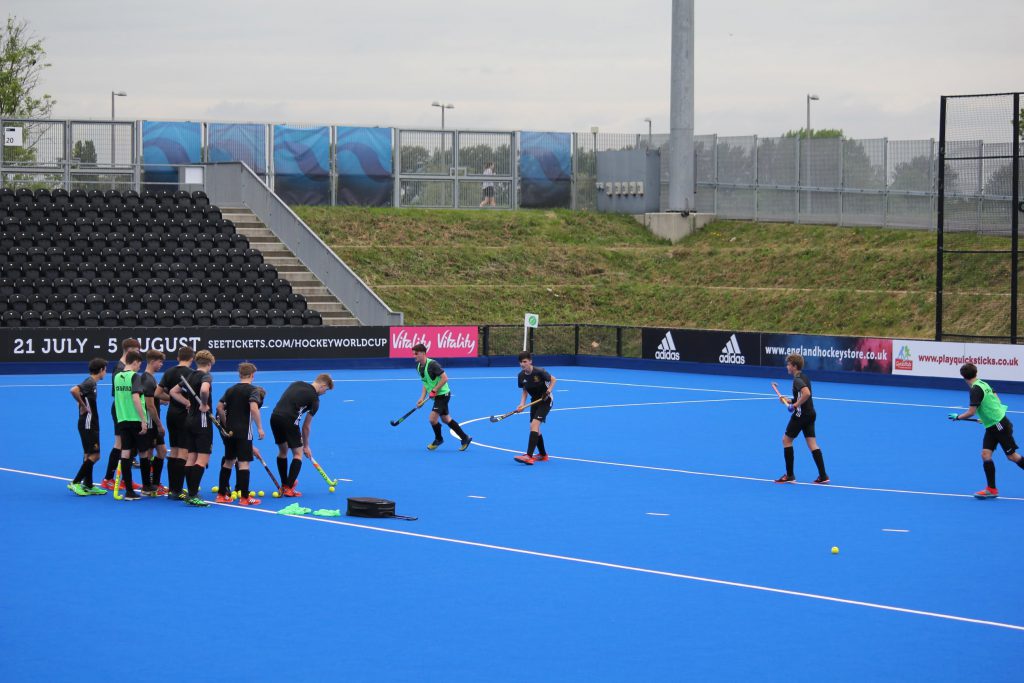 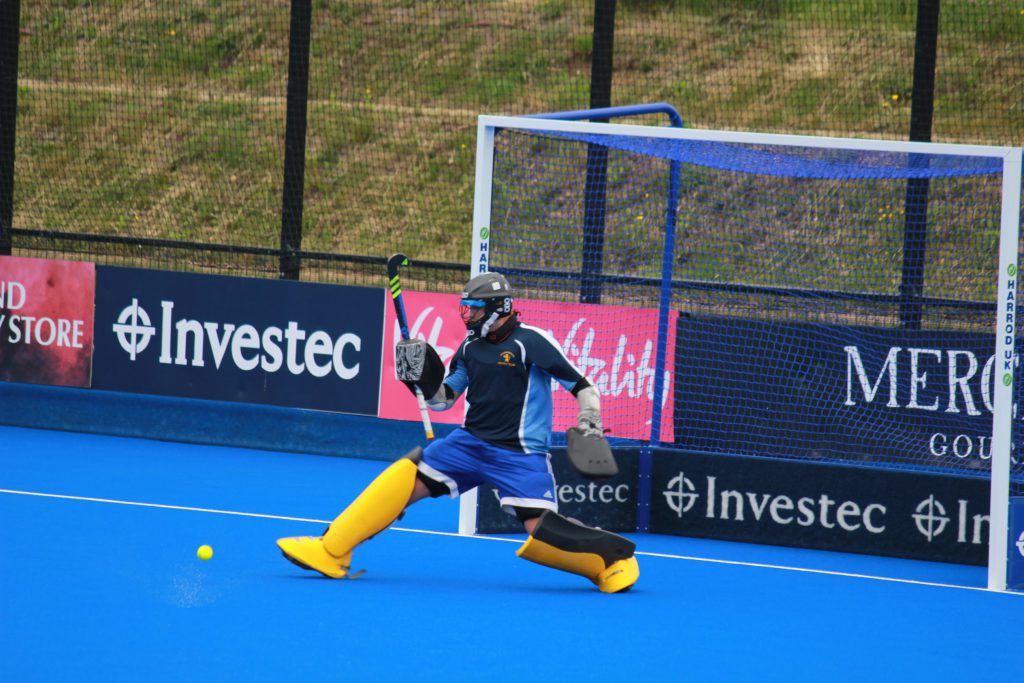 After early exchanges Bournemouth found their form early on and looked comfortable in a very close game. Against the early run of play, Marlow went close to scoring but excellent work from Jezz Baker in goal kept the scores level at 0 – 0.

In an open game that was played at high tempo, both teams looked strong in defence and there were few chances for either side to open the scoring.

Eventually, Harry Pickard raced on to a loose ball in the Marlow circle and forced the ball across the line to give Bournemouth the lead.

More exchanges followed and Marlow threatened to equalise but Jezz Baker was in excellent form and made a world class save diving to his right. Bournemouth rallied and looked like extending their lead before half time when Tom Candy found himself on the end of a firmly struck cross in front of goal, after a goalmouth scramble the Marlow defence stood firm. A few more chances came and went before half time and the score remained 1 – 0 to Bournemouth. 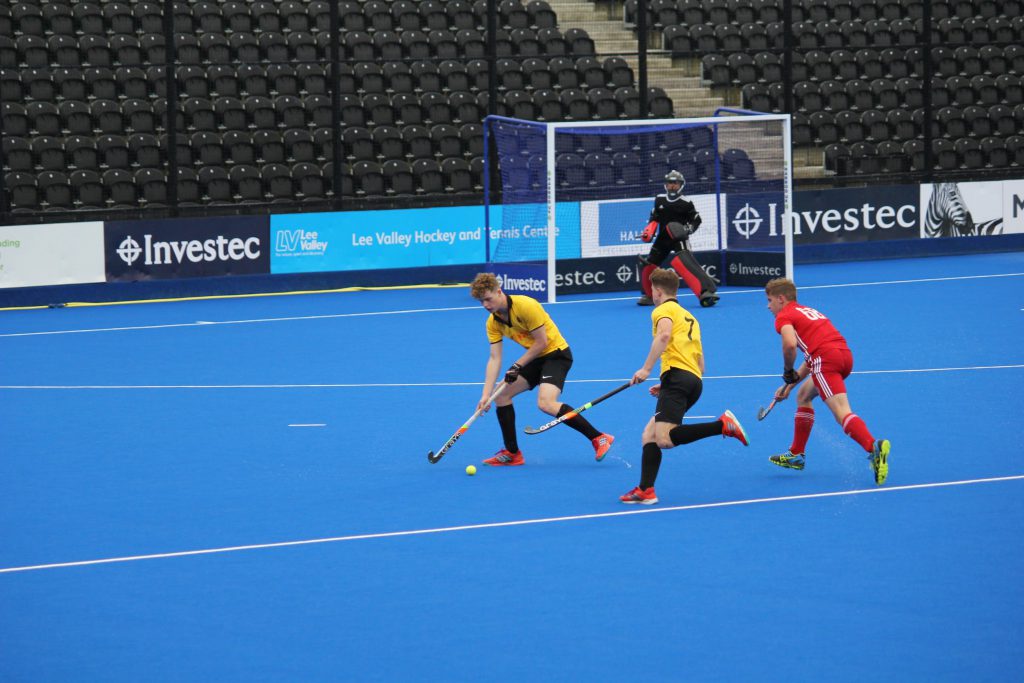 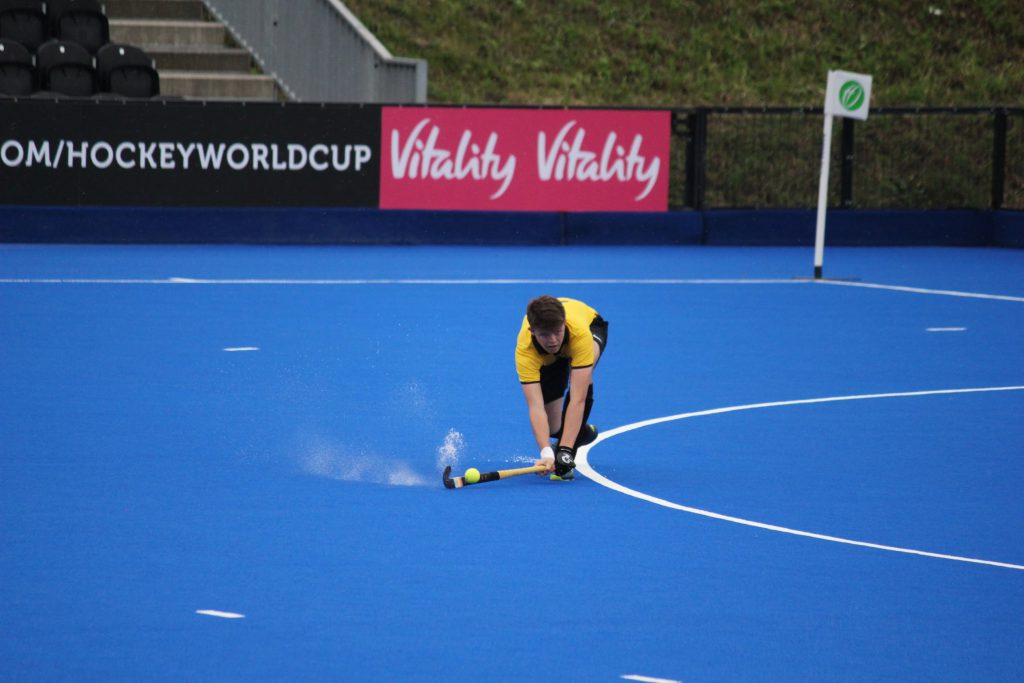 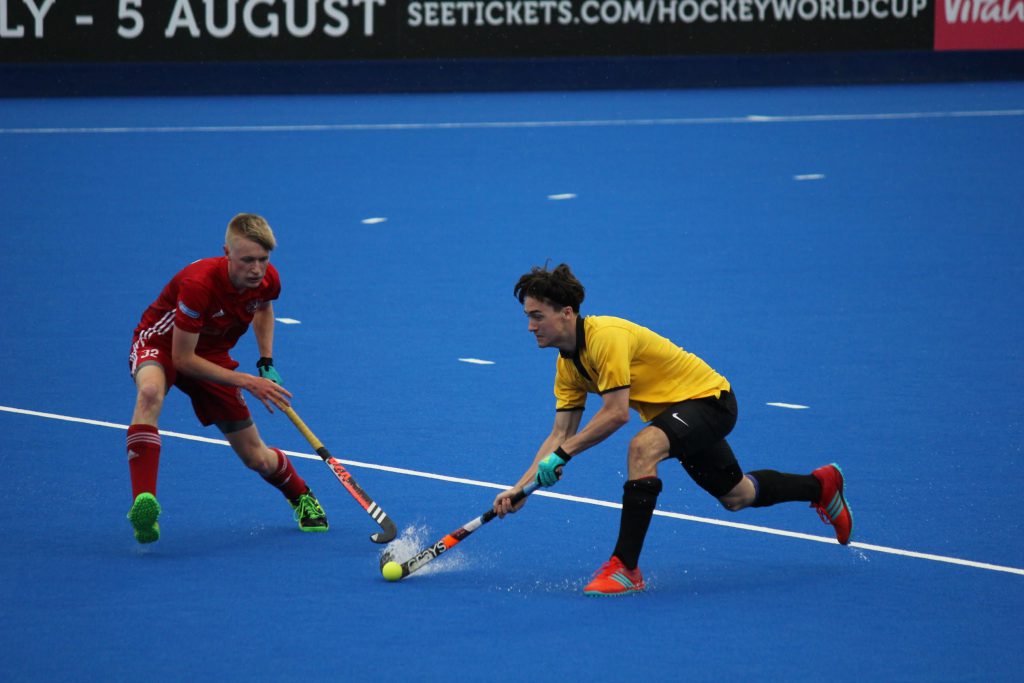 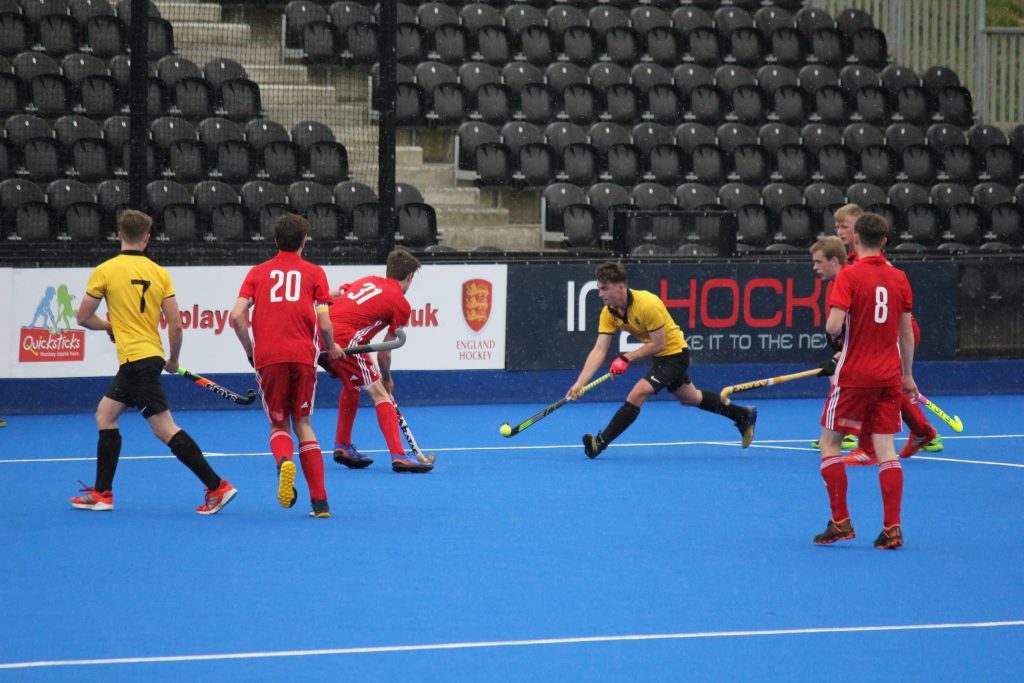 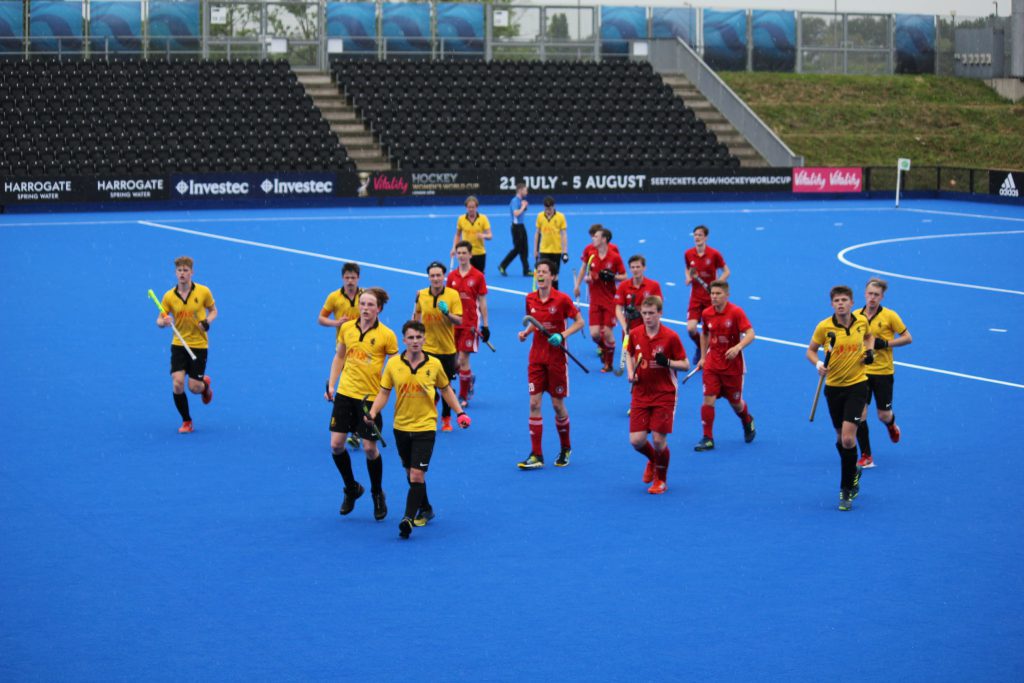 After the break, Bournemouth looked comfortable and heading for victory but were unable to get the elusive second goal. As the game was entering the final period Marlow threw everything they had at the Bournemouth defence and were awarded a penalty stroke after a clumsy tackle in the circle.

True to form, Jezz Baker stretched out his right foot and made a fine save from a firmly struck flick into the bottom corner and the score remained 1 – 0 Bournemouth.

Marlow’s heads dropped a little and Bournemouth looked comfortable in midfield and were unlucky not to score when Jack Taylor went on a mazy run down the left hand side but his shot went over the Marlow crossbar. Bournemouth continued to look strong going forward but were unable to make the most of a short corner with less than 10 minutes of the game remaining. 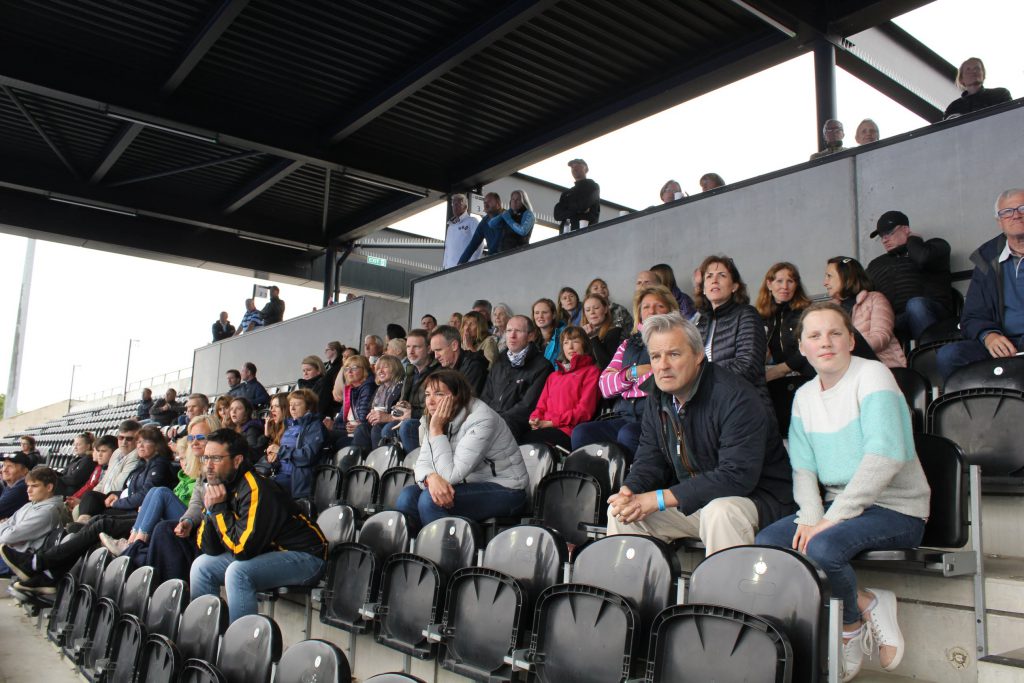 With under 8 minutes to the final whistle, Marlow removed their goalkeeper and played with 11 outfield players. They continued to mount one attack after another and Bournemouth were unable to take advantage at the other end. Eventually, Marlow’s pressure was rewarded when Jezz Baker was adjudged to have fouled a Marlow forward in the circle. The umpire awarded a penalty stroke and Jezz Baker was unfortunate to also receive a yellow card for an alleged push on the forward.

Marlow converted the penalty stroke and Bournemouth had to play for 5 minutes without a goalkeeper and with only 5 minutes and 45 seconds remaining on the clock. Bournemouth defended resolutely as they had all the game and reached the final whistle with the scores level at 1 -1. 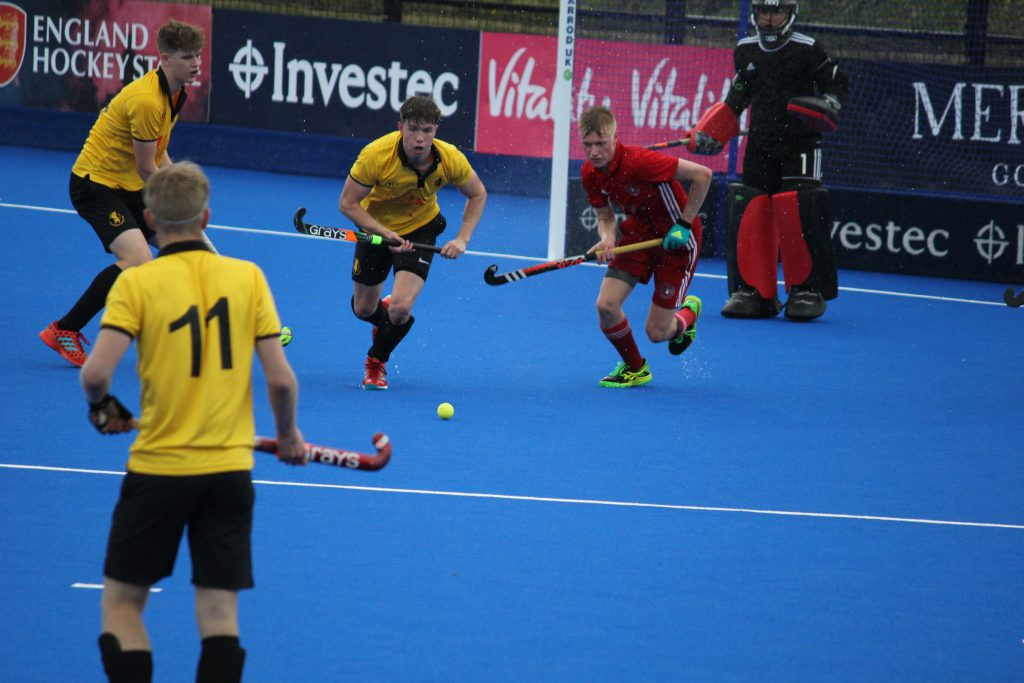 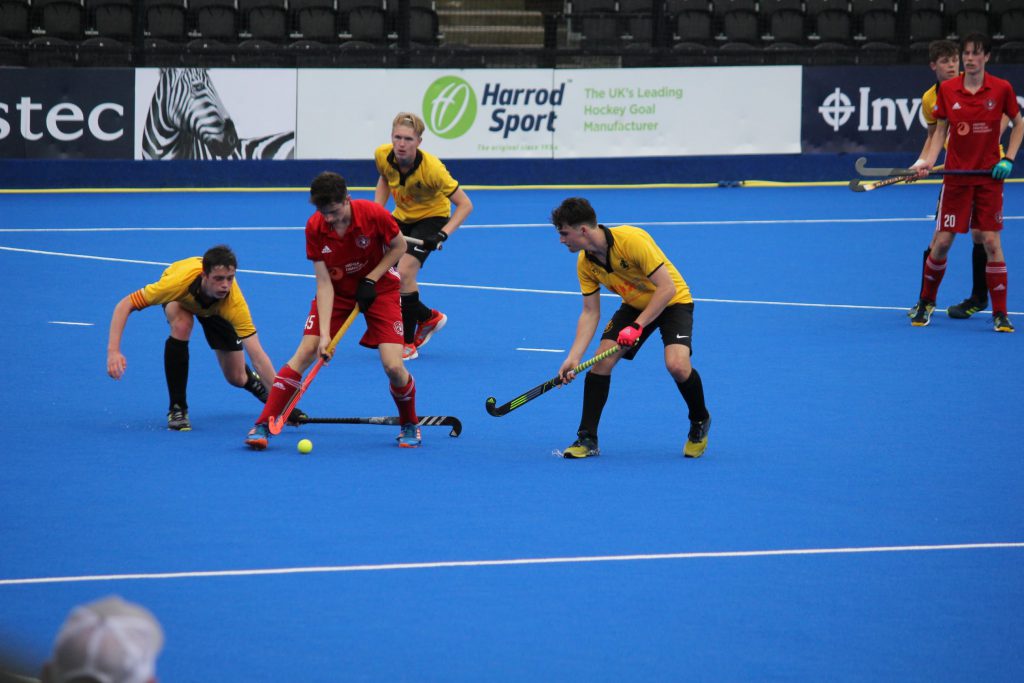 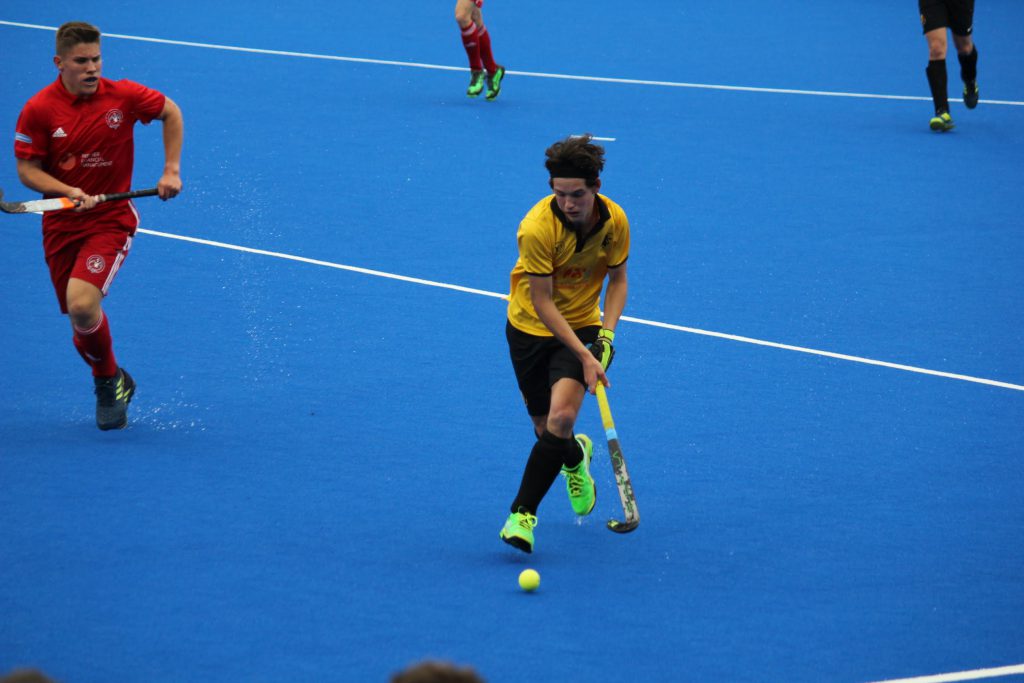 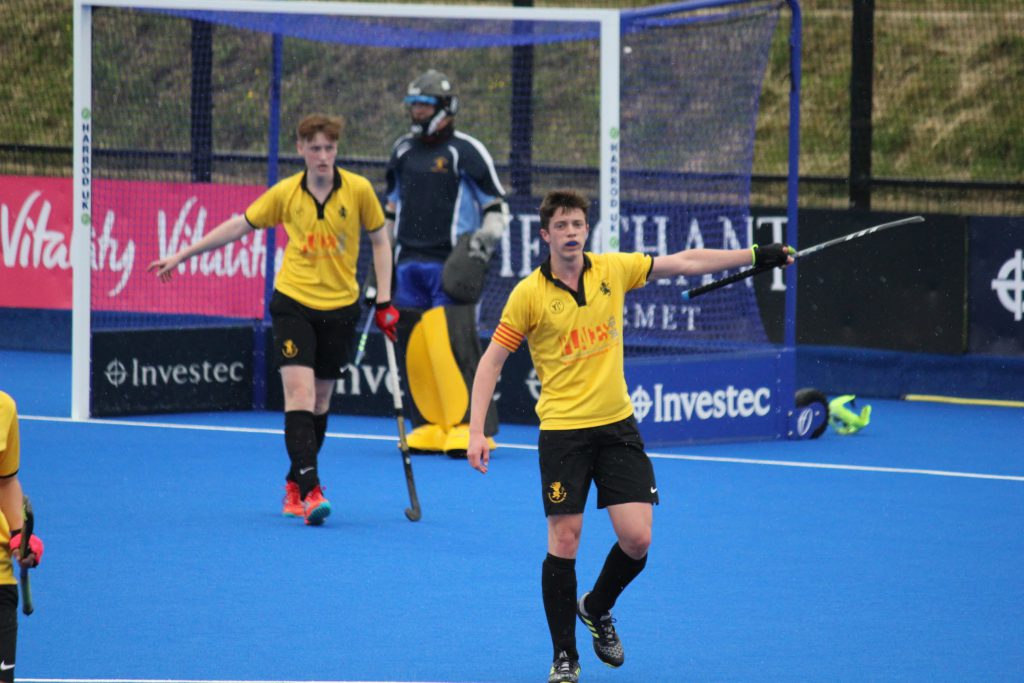 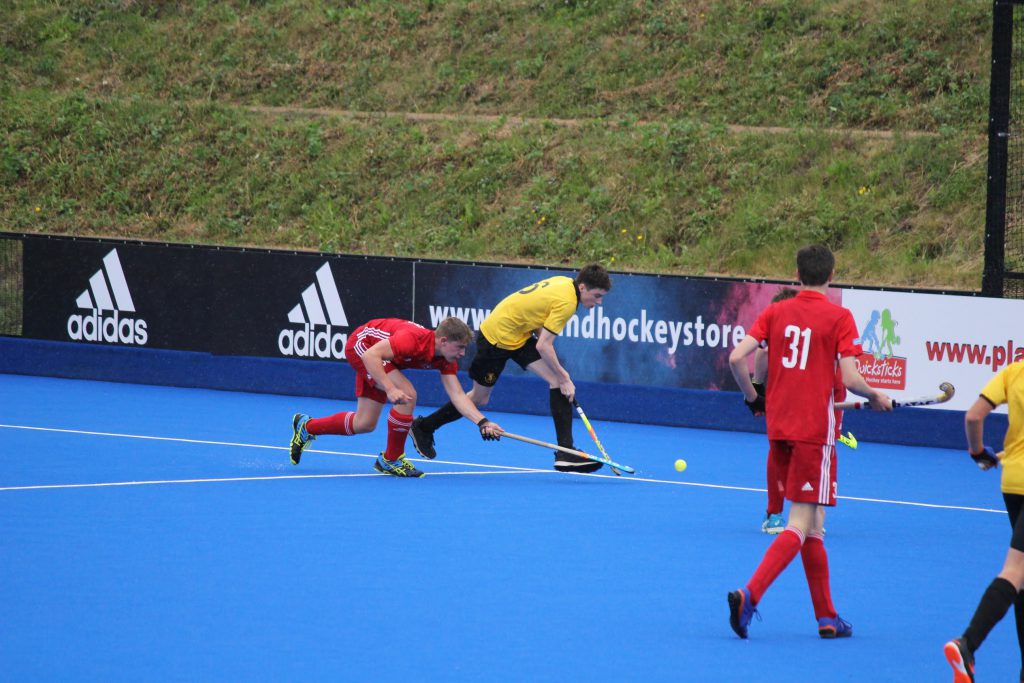 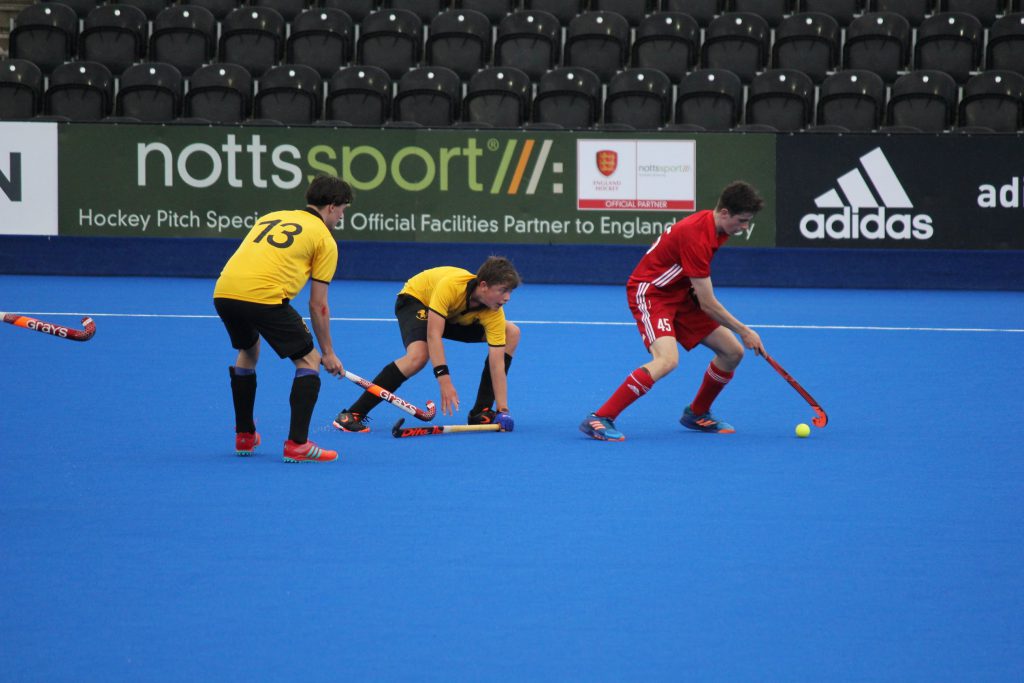 The game was concluded with shuttles for the first time in a competitive match for U18 boy’s.

Although they had looked good in training, it wasn’t Bournemouth day and Marlow won the shuttle competition 3-1. 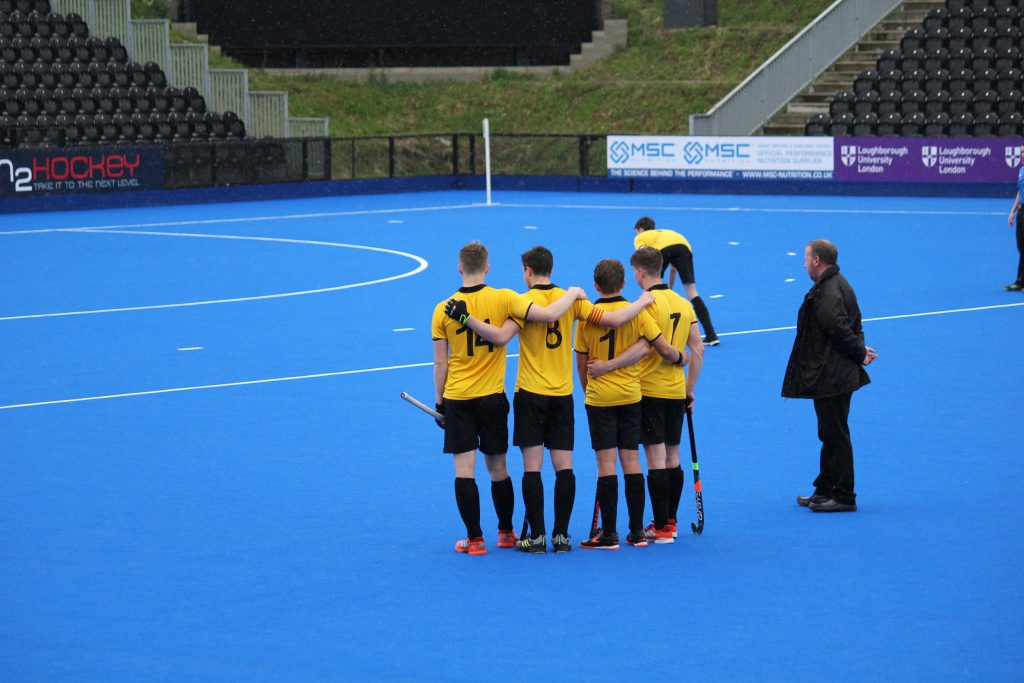 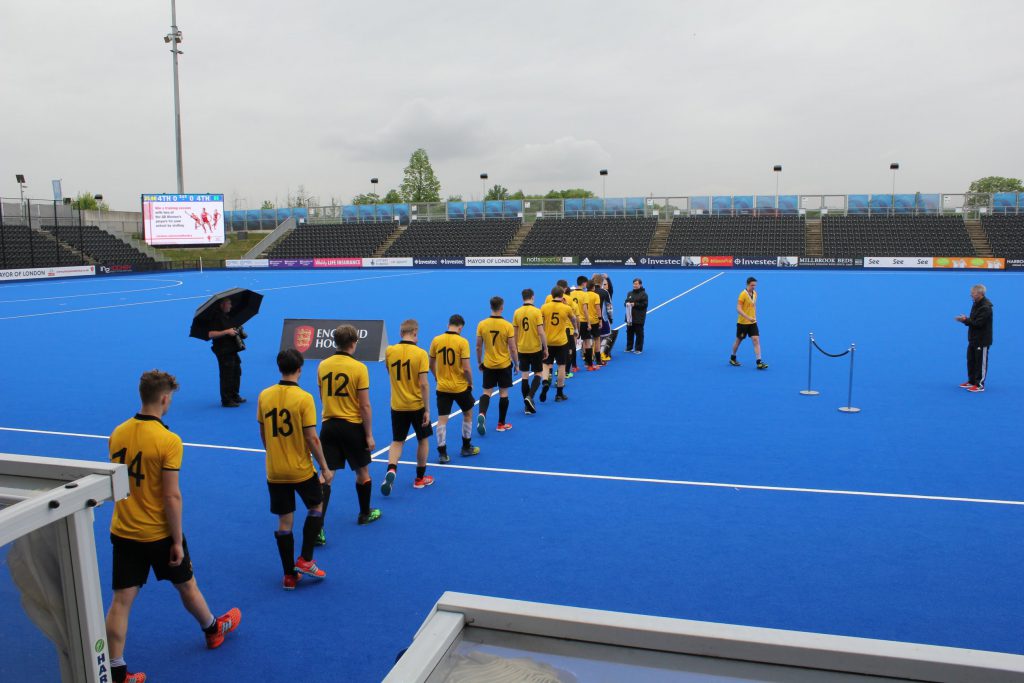 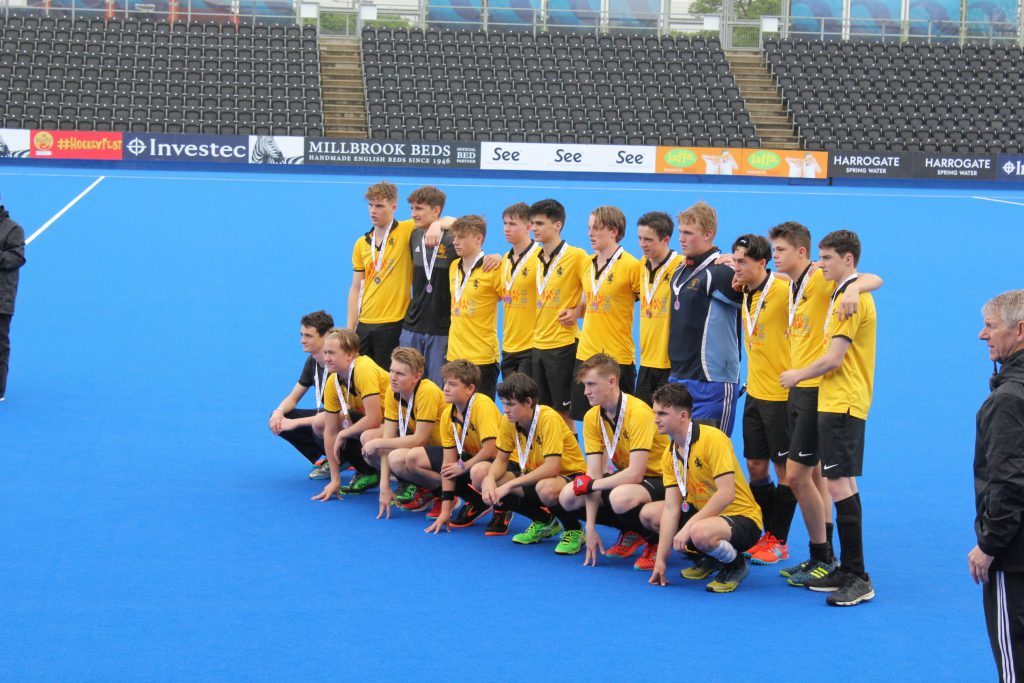 The team were devastated to lose and although disappointed can be very proud of a great team performance and a fantastic achievement to reach the final for the first time in the history of the club.

The club can look forward to next season with 13 of the squad eligible to play U18 junior hockey. 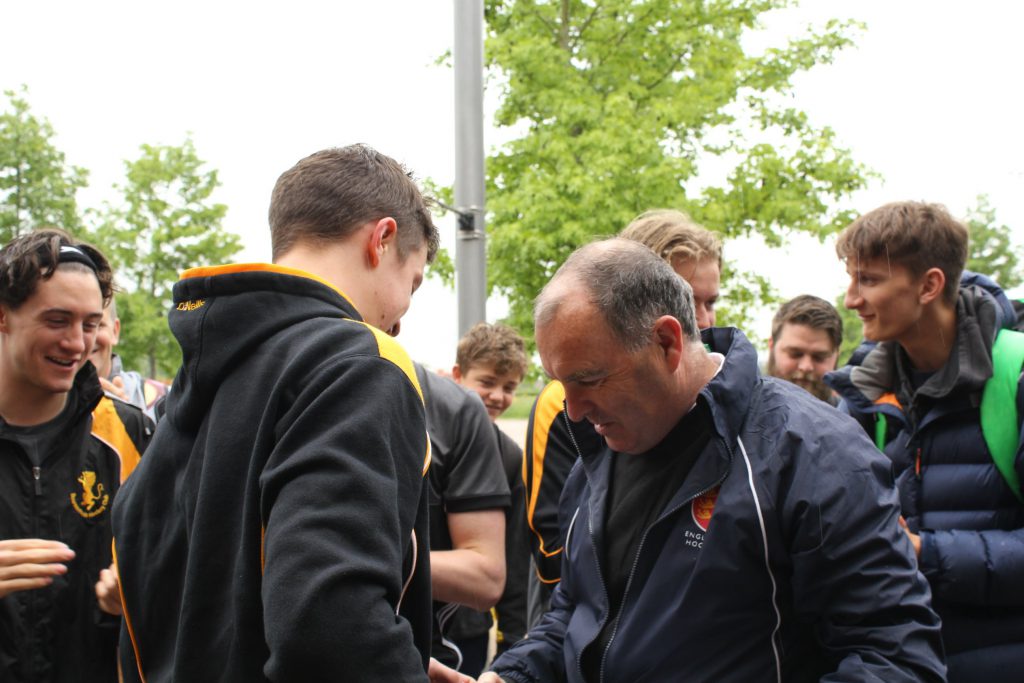 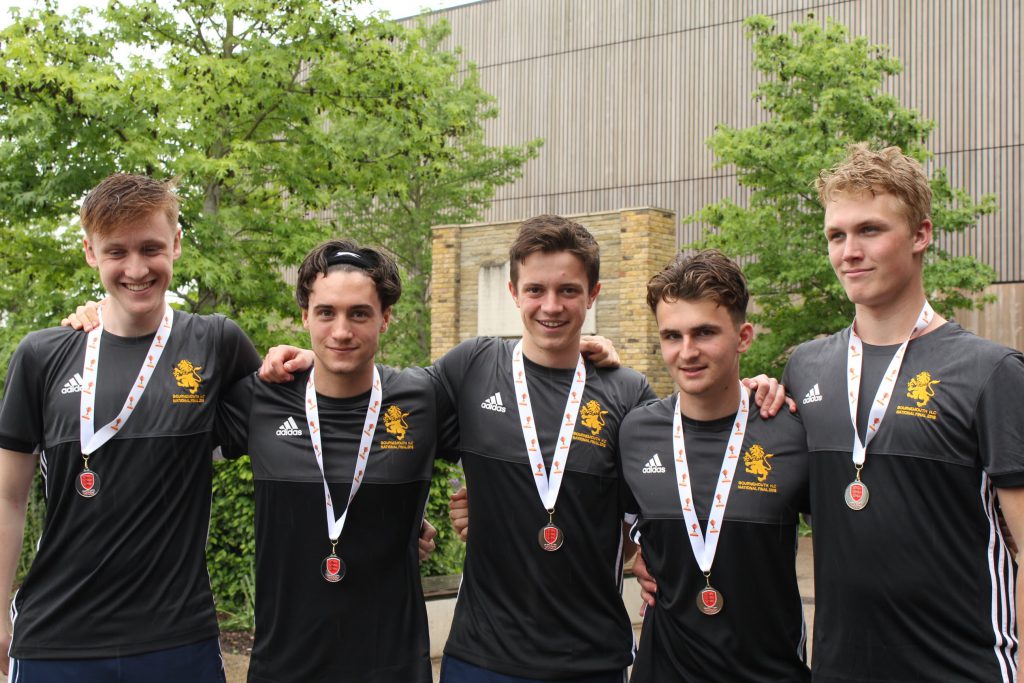 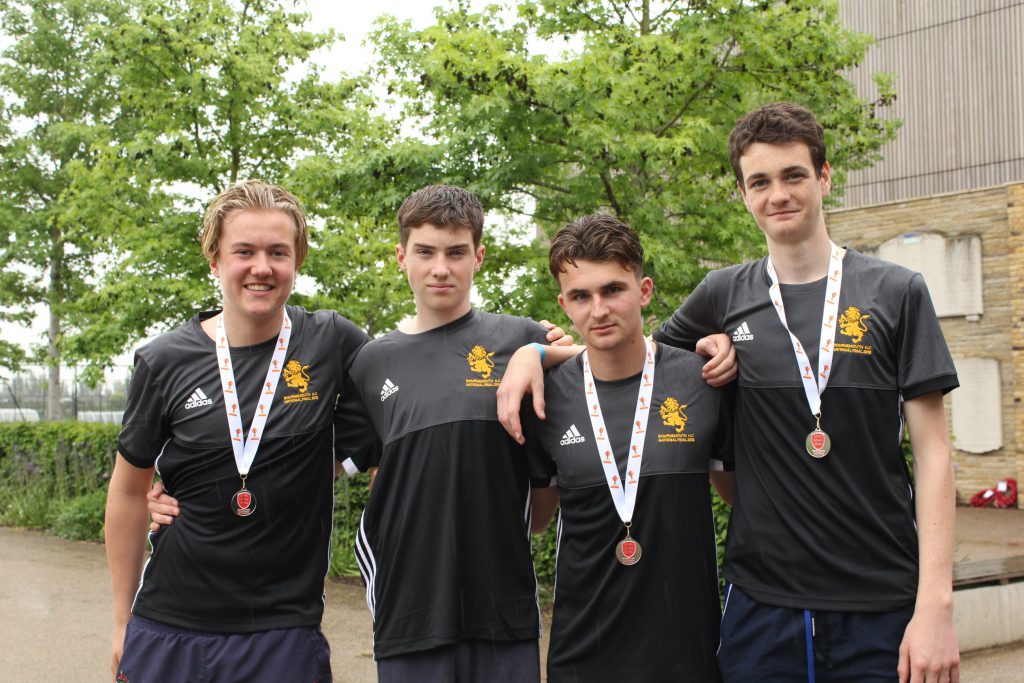 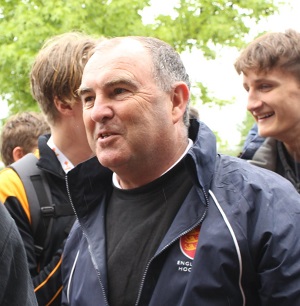