During the pool stages, England beat Italy 5-1, Belgium 2-0 and Wales 1-0, before beating Germany 8-1 in the semi finals.

The final was a tense affair against the Netherlands.

In the 1st quarter, Santa Bansal and Richard Yardley both had chances to score, but failed to capitalise.

The 2nd and 3rd quarters were fairly even with both sides having opportunities, but neither midfield was able to dominate and both defences were dealing with any threat.

The Netherlands had a shot which was well saved by Colin Kimber, however the rebound was expertly put away from an oblique angle so Netherlands were 1-0 to the good.

The 4th quarter saw England at their best with the Dutch side tiring, and in particular finding it hard to deal with German Singh’s long passes. England had a number of short corners but the usual reliable routine kept breaking down.

With 9 minutes of the match remaining Alan Mayo’s shot, following another rebound (from a short corner this time) allowed John Maylam to touch the ball over the line to equalise!

When the whistle blew, it was 1-1 and time for shuttles to settle the match…

The time available for scoring (8 seconds) is the same for all ages, a considerable disadvantage for 70+ year olds!

Both keepers were excellent, but it was Colin Kimber (yay!) showing his class who won the goalie duel saving, or forcing wide all 7 of the Dutch attempts. This paved the way for Greg Hutchings to score the winner on England’s 7th attempt!! 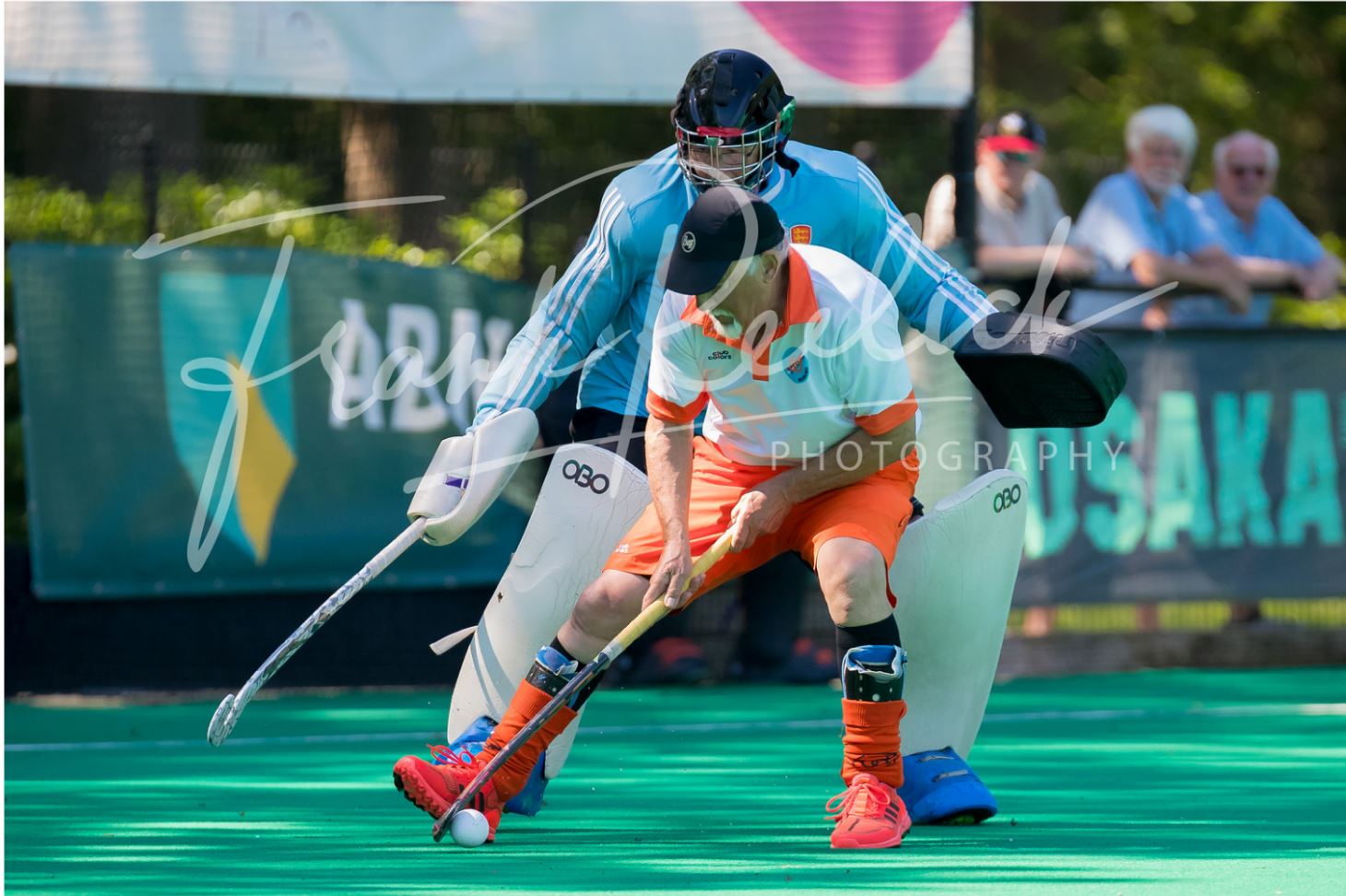 Well done Colin and all the Grand Masters!!

Scores can be found via the following link